Schools Are an Important Part of the Fight Against Superbugs 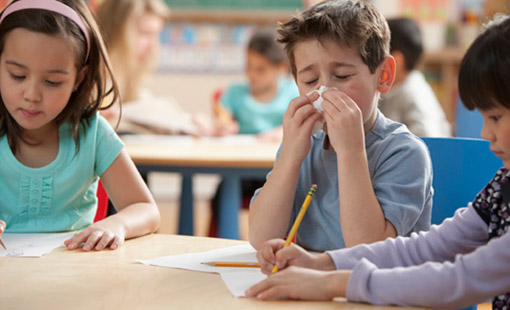 Schools are so often ground zero for the spread of infectious disease and can play an important role in the prevention and early detection.

Antibiotics are a fundamental part of modern medicine — necessary to treat all sorts of conditions from the mundane sore throat to life-threatening illnesses. However, the overuse of these drugs in animal agriculture and human medicine is leading to a crisis where bacteria are becoming less and less treatable with drugs currently on the market. According to the CDC, at least 2 million Americans fall sick every year with antibiotic-resistant infections and 23,000 die.

Those infections are also known as superbugs, and last week the White House released an ambitious plan to combat antibiotic-resistant bacteria. It’s a plan that engages the health community to slow the spread of infectious diseases, to strengthen national disease surveillance efforts, to accelerate research into new therapies and to improve international collaboration around antibiotic-resistance prevention.

Healthy Schools Campaign applauds the Administration for this effort that would address many of the various sides of the antibiotic-resistance problem. HSC has been working for years to raise awareness of the concerns and solutions through School Nurse Leadership and our Green Clean Schools programs as well as through the use of antibiotic-free chicken in our Cooking up Change program. Which brings us to what we see as a lost opportunity with the Administration’s plan: They left out the schools.

Schools are so often on the front lines of disease prevention. Infectious diseases are spread through skin-to-skin contact, through food, and through a cough or sneeze — all of which are things that happen all the time in schools across the country. Nearly 38 million school days are lost each year in the U.S. due to the influenza virus alone.

We applaud the Administration for taking on these challenging issues, but it doesn’t all have to be that difficult. Two of the most-effective ways to control the spread of infectious disease is through good old-fashioned hand washing and cleaning. The Administration should be engaging with the education sector to develop strategies to expand hygiene education including handwashing and respiratory hygiene — particularly for times of disease outbreaks. Also, including proper school cleaning as a strategy to control the spread of diseases in our communities should be more thoroughly explored and promoted.

There is a certain reality to a plan that is focused on prevention — to be effective you need to engage the community that is impacted. And we would argue that that includes the school community. Schools are so often ground zero for the spread of infectious disease and can play an important role in the prevention and early detection of disease. That important role shouldn’t be ignored.